Formula E is the world’s first fully-electric racing series, bringing electrifying street racing to some of the world’s leading cities and competing against the backdrop of iconic skylines such as London, Paris and Rome.

Formula E is a competitive platform to test and develop road-relevant technologies, acting as a catalyst for sustainable mobility solutions - helping refine the design and functionality of electric vehicle components and improving the driving experience for everyday road car users all over the world.

Since season 5, Envision has become the owner of Envision Virgin Racing team.

Greenest Team On The Greenest Grid

Greenest Team On The Greenest Grid

Majority owned by Envision Group, the Envision Virgin Racing Formula E Team adheres to its "Race Against Climate Change" initiative and became the only Formula E team to have been certified carbon neutral (PAS 2060) by Carbon Trust in the UK in August, 2020. The team is one of a handful to have achieved the FIA's Three Star Sustainability Accreditation, and the first to sign up to the UNFCCC Sports for Climate Action Framework.

Envision Virgin Racing has also become a partner of the biggest climate event, the UN’s COP26 "Together for our Planet" summit taking place in the UK in November. The collaboration will see several key initiatives across this year to inspire positive climate action. With a series of actions implemented around sustainability, Envision Virgin Racing has become the "greenest team on the greenest grid".

Majority owned by Envision Group, the Envision Virgin Racing Formula E Team adheres to its "Race Against Climate Change" initiative and became the only Formula E team to have been certified carbon neutral (PAS 2060) by Carbon Trust in the UK in August, 2020. The team is one of a handful to have achieved the FIA's Three Star Sustainability Accreditation, and the first to sign up to the UNFCCC Sports for Climate Action Framework.

Envision Virgin Racing has also become a partner of the biggest climate event, the UN’s COP26 "Together for our Planet" summit taking place in the UK in November. The collaboration will see several key initiatives across this year to inspire positive climate action. With a series of actions implemented around sustainability, Envision Virgin Racing has become the "greenest team on the greenest grid".

Formula E racing has moved from a horsepower competition to an algorithmic one. Based on the EnOS™ platform, Envision models a variety of devices, as well as weather and ground conditions and wind resistance, allowing the drivers to practice and adjust their racing strategies in a simulator. We are involved in the Formula E race, not to race for the fastest title, but to accelerate the electrification of mobility. What we are truly racing against is climate change. Our purpose is to outrun climate change, so that our dream of a zero-carbon world can be realised earlier.

Born and raised in Auckland, Nick Cassidy began karting at the age of just six but has since gone on to become one motorsport’s most promising and exciting young talents. The Tokyo-based New Zealander is the reigning Super Formula champion, as well as one of the most successful drivers in the history of the Toyota Racing Series and has even secured the coveted ‘triple crown’ of Japanese motorsport titles. Boasting an impressive 48.9% career podium percentage and 66 race wins, the Kiwi has achieved all this at the age of just 25 and now embarks on a new chapter with the Envision Virgin Racing Formula E Team from the 2020/2021 season.

His passion for four-wheeled racing was inspired by his father and uncle, both club racers themselves. With only small sponsorship funding behind him, Nick and his family worked their way around the New Zealand karting scene – often racing against the likes of Mitch Evans (Formula E driver) and Tom Blomqvist (son of renowned rally driver Stig).

In 2011, Cassidy made his debut in the Toyota Racing Series clinching five podium finishes and winning an impressive two out of three races in the final race weekend. Finishing as runner-up behind team-mate Mitch Evans, Cassidy was yet again named Rookie of the Year.

Following his success, Cassidy moved across to Europe to race in Formula Renault and then Formula Three with British team T Sport. He was selected to do the final two rounds of the European Championship for the team and then competed in the blue-ribbon Macau Grand Prix – where he was engineered to an impressive debut podium (2014) by Stephen Lane – the same race engineer that will now support him at Envision Virgin Racing.

This catapulted his career in Japanese motorsport, where he has firmly established himself as one of the rising stars of the future – racing in both open wheel and GT racing through the Super Formula and Super GT championships.

With Cassidy on the radar of many international teams, it was Envision Virgin Racing that saw his true potential and offered him a test in their all-electric Formula E car during the championship’s rookie test back in March 2020 in Marrakesh. Here, he not only posted the fastest time out of 23 other drivers but set a new lap record for the circuit, proving he was a force to be reckoned with.

Continuing his work for the team during the worldwide lockdown, Cassidy competed in the opening rounds of Formula E’s Race at Home eSports Challenge bringing home a maiden podium in just the second race. The developing relationship between Cassidy and the team meant he became the obvious candidate to join Envision Virgin Racing for season seven where the series also earned world championship status.

In his first Formula E season, Nick Cassidy helped Envision Virgin Racing win 2 podiums and 2 pole positions and ranked 15th place on the drivers’ standings, proving to be one of the best rookies throughout the season.

Frijns ended his karting career in 2008, gaining a scholarship to compete in Formula BMW the following year. He completed his first season in Formula BMW as best rookie and third place overall. Following a successful first year, Robin went on to clinch the overall championship title in 2010, with six wins, 13 podium and three pole positions.

In 2011, he moved to the Formula Renault 2.0 Eurocup Championship, where Robin yet again proved himself by winning the championship in his rookie season.

Success in the European Championship saw Robin graduate into the World Series by Renault 3.5 category for 2012. Competing with Fortec Motorsports Robin once again showed his talent by winning in his debut season.

In 2013, with the success of three European single seater titles in a row behind him, Frijns was offered a seat at Sauber Formula 1 where he became the F1 test and reserve driver. During this season, Robin competed in selective GP2 races and after just two races had secured a win. In 2014 Robin became the official test driver for Caterham F1.

Frijns continued to race in single-seaters but after a difficult season switched to GT racing for 2015. This decision proved rewarding yet again as he won the Blancpain GT series. In 2016, Robin continued in this championship alongside the Blancpain Sprint and Endurance series with WRT Audi Customer racing. This year he also became an official factory works driver for Audi Motorsport.

Alongside his GT career, Robin entered the FIA Formula E Championship in season two as a driver for Andretti Autosport. Frijns finished 10th in his first race and continued to score a podium in Putrajaya that season. He finished in the points in the following two races, scoring all of Andretti’s points for the season and making him the first Formula E rookie to finish his first four races in the top 10. In the 2016/17 season, Robin continued with Andretti, with a new partner, and continued to score points.

In January 2018, Frijns gained a seat for Audi Sport driving in the DTM Championship. Returning to Formula E with the Envision Virgin Racing team, Robin had a successful first season with the team wrapping up in third place. Frijns secured his first race win at the Paris E-Prix, a race that saw the Dutchman battle through rain, wind and hail whilst nurturing a broken front wing to finish on the top spot.

From New York to New Delhi and more than 20 countries in between, Genpact has the expertise to connect every dot, reimagine every process, and reinvent how companies work.

In a race where milliseconds separate the winners from the rest, Genpact and Envision Virgin Racing are enhancing the team’s data and insights to strengthen strategy and boost performance.

Since its establishment in 1918 as Japan's first rayon manufacturer, Teijin has continuously expanded and evolved into a unique enterprise that now encompasses three business domains: high-performance materials, including aramid, carbon fibers and composites, as well as resin and plastic processing, films, polyester fibers and products converting; healthcare; and IT. The group comprises more than 170 companies and employs around 20,000 people across 20 countries worldwide.

Guided by its underlying corporate philosophy and honoring its promise to stakeholders expressed as the brand statement “Human Chemistry, Human Solutions”, Teijin aims to be a company that supports the society of the future.

Johnson Matthey (JM) is a global leader in science that enables a cleaner and healthier world. With over 200 years of sustained commitment to innovation and technological breakthroughs, we improve the performance, function and safety of our customers’ products.

Through continued investment in research and development, we are tackling the world’s big challenges, including through our pioneering work in battery material technologies. Here we are commercialising eLNO®, our family of nickel rich advanced cathode materials, which we expect to be ready to power the next generation of hybrid and battery electric vehicles in 2024.

Across JM, our science has a global impact in areas such as enabling the energy transition, low emission transport, pharmaceuticals, chemical processing and making the most efficient use of the planet’s natural resources. Today, more than 15,000 JM professionals collaborate with our network of customers and partners to make a real difference to the world around us.

The multi-year agreement with the German manufacturer will see the team supplied with Audi’s latest all-electric single-seaters – the Audi e-tron FE05 – with the outfit having already proved their winning credentials winning the Formula E teams’ championship last season.

As well as a long and illustrious motorsport pedigree, Audi became the first German automobile manufacturer to race in Formula E, taking over ABT Sportsline’s slot on the grid in the 2017/2018 season. The Allgäu-based team has been successfully present in Formula E ever since the inception of the electric racing series and are taking care of the e-tron race cars as the fielding team.

The Audi e-tron FE05 has already undergone significant pre-season testing and is expected to be one of the most competitive packages on the grid. 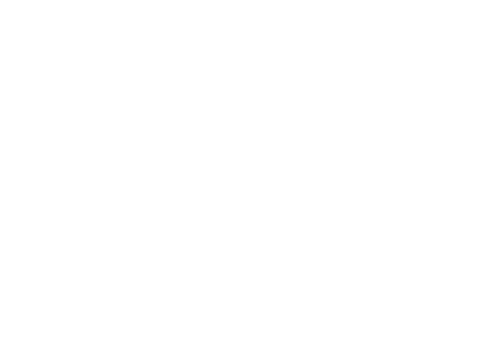 The IQONIQ platform is an innovative new sports and entertainment app, which connects fans with their favourite sports team, athletes and entertainment stars. By integrating the team’s digital ecosystem, the partnership will give fans a range of opportunities to feel closer than ever to the team, including personalised content, behind the scenes access, exclusive prizes and unique experiences all in one platform. 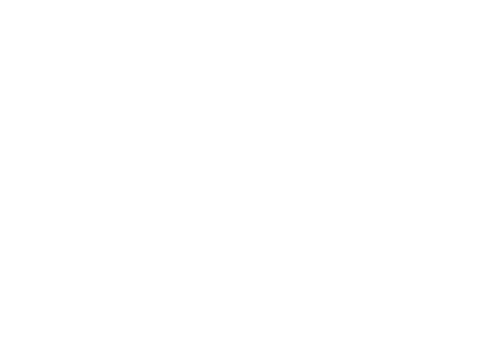 Headquartered in Ronco Scrivia, OMP is an Italian company established in 1973 that is a world leader in the field of design and manufacturing of safety equipment for race cars including suits, gloves, shoes, seats, safety belts, helmets. The high-quality equipment is dedicated to the drivers’ safety and comfort - with almost all products in their portfolio being entirely homologated by the FIA.
For more information visit: https://www.ompracing.com/ 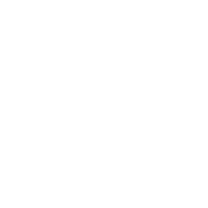 Erreà is an Italian company specialising in the manufacture of technical sportswear, and represents an international business operating in 80 countries around the world.

Founded in 1988, Erreà is a leading brand, recognised as being synonymous with quality, expertise and competence in the field of sports.

This combination of quality and service has led Erreà to become official technical sponsor of some of the most important and well-known Italian and international sports clubs, a highly reputable partner and a point of reference over time for professionalism and experience. 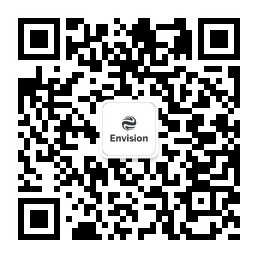 Stay in the loop with Envision's energy eco-system